The Productivity Institute has published an insights paper detailing the reasons for Northern Ireland’s productivity gap and highlights to policymakers, the business community, and the wider public the key issues that must be addressed if Northern Ireland’s economic performance is to be improved.

The research was led by academics from Queen’s University Belfast, one of TPI’s academic partners, with support from the Northern Ireland Productivity Forum.

John Turner, Professor of Finance and Financial History at Queen’s Management School, and Northern Ireland Productivity Forum Lead, explains: “Northern Ireland is the poorest performing UK region for productivity, almost 20 per cent below the UK level. Increasing productivity is key to improving Northern Ireland’s prosperity, with low productivity identified as central to explaining the region’s persistently poor economic performance. As we emerge from the Covid-19 pandemic, it is crucial now more than ever that we work to increase productivity which is key to raising people’s living standards.”

The report highlights Northern Ireland’s strengths include its ability to tailor economic policy through devolved powers, and a relatively younger population. Weaknesses include the areas where Northern Ireland possesses deficiencies to the rest of the UK, particularly in skills and investment.

Dr David Jordan, Research Fellow in Economics at Queen’s Management School and researcher on the Northern Ireland Productivity Forum, said: “A greater understanding is needed by both policymakers and business of what the drivers of this underperformance are, why this is the case, and the role of policy and political institutions in shaping this. Identifying how to improve skills, alongside ways to attract firms and industries which can take advantage of a more highly skilled workforce, are key issues which must be addressed if Northern Ireland’s economic performance is to be improved.” 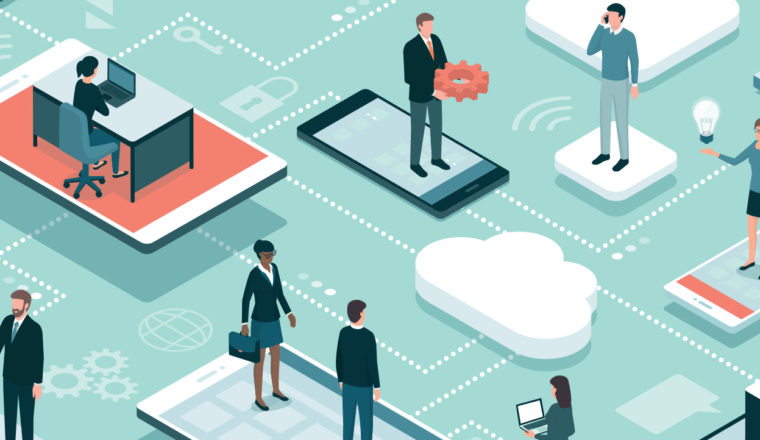 How pandemic disruption can lead to better technology for the workplace

The disruption caused by the Covid-19 pandemic can force transformational change onto many fundamental business processes.

Professor Bart van Ark believes bigger improvements can only be anticipated beyond 2021, depending on the success of a broader agenda for productivity improvements across the economy and the nation through technological change and innovation.

TPI signs MoU with Be The Business

The Productivity Institute, the research network for exploring UK productivity, and Be The Business, the not-for-profit focused on…